A Dovetailing Trick For Beginners 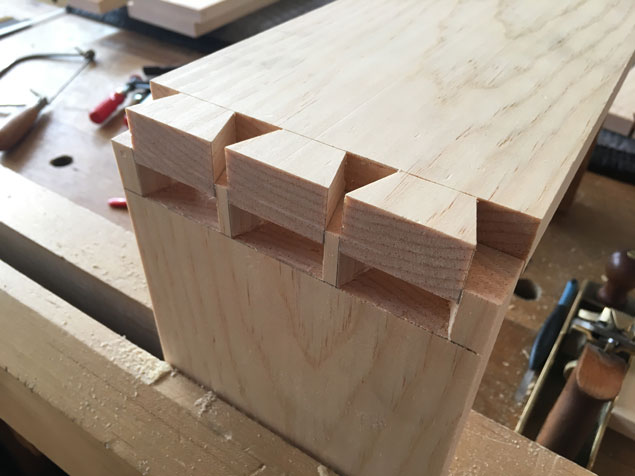 I don’t think I’ve cut a single dovetail for eight months – my work has been mostly chairs and casework that relied on other joints. So I’m a bit out of practice.

When this happens and I need to cut dovetails, I quickly default to the method I use to teach students to dovetail. This method helps build good habits when sawing and helps you fix any mistakes.

This method is used on the second part of the joint that you cut where dead-on accuracy matters. It works on either the pinboard and the tailboard. This trick has two principles:

In the following example, I am using this method on the pinboard. (Apologies for the weird changes in color temperatures on the photos. My bench light has a really warm color.) 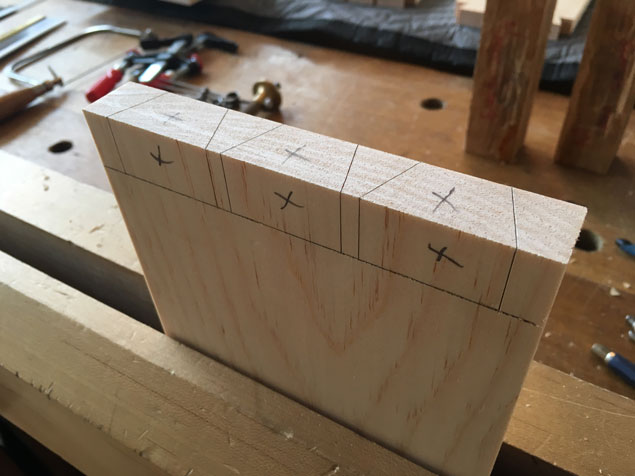 The layout on the front face of the pinboard in knife and pencil. 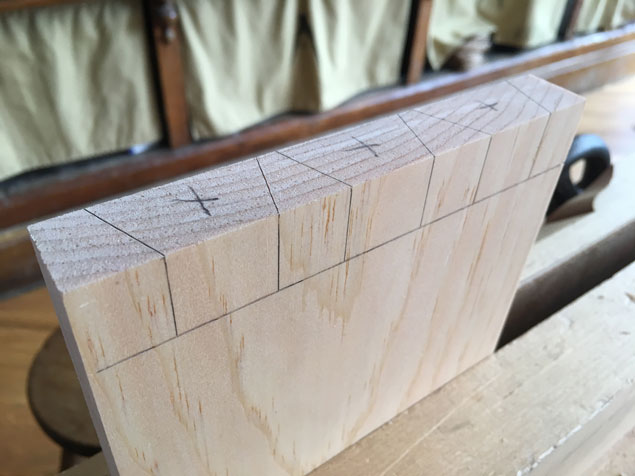 The layout on the inside face of the pinboard in pencil only.

It’s also a good idea to draw a pencil line in your baselines, as shown. 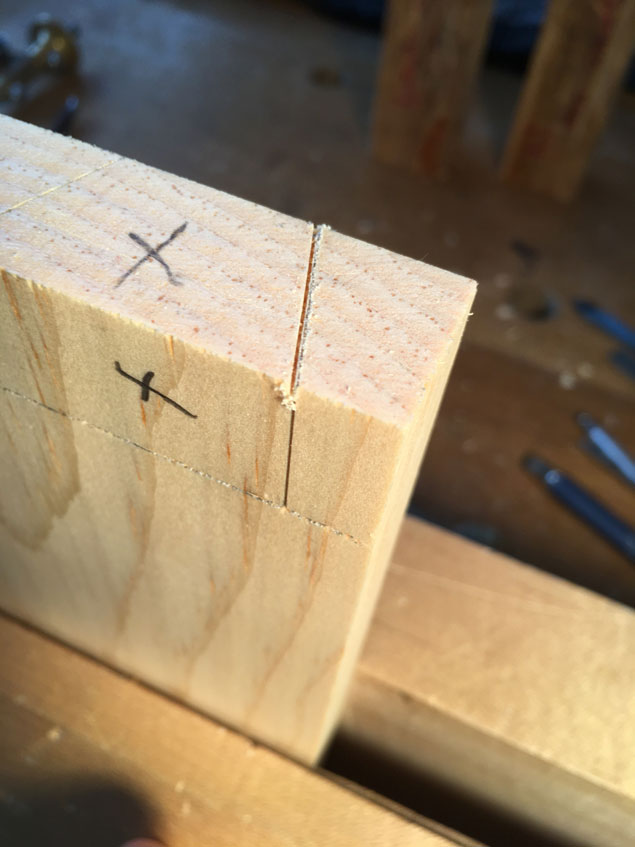 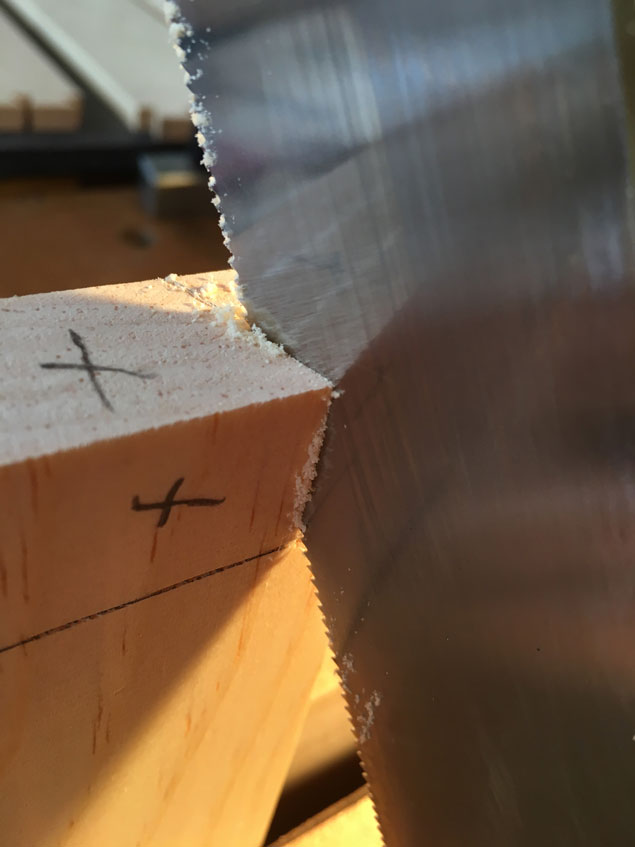 This method uses the saw’s plate to give you a straight line down the front face and is a really powerful trick for getting crisp dovetail shapes. 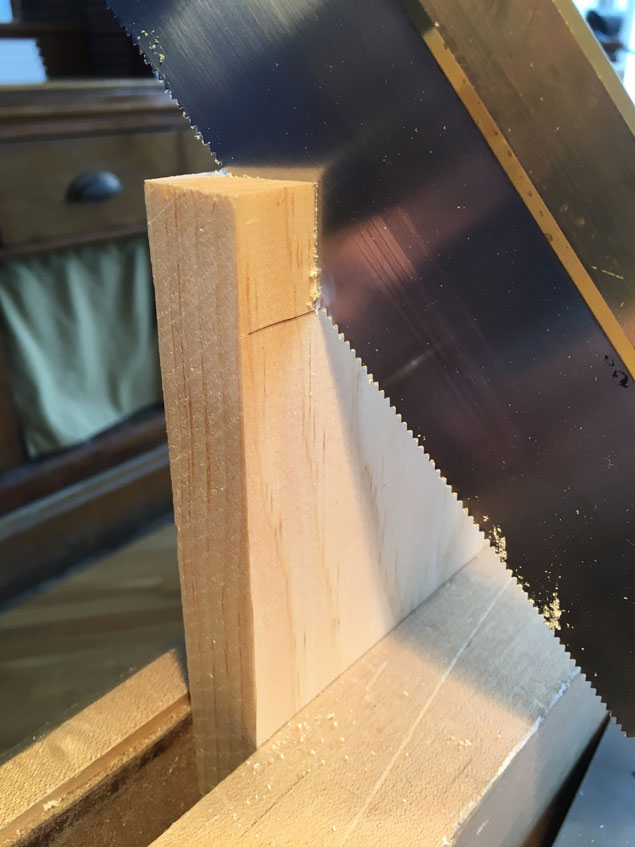 Raise the handle of the saw and kerf in the back of the joint, following your pencil lines.

At this point, you have a shallow kerf that connects your baselines and follows your knife lines. All you have to do is saw out the middle of the joint. The kerfs will guide you. 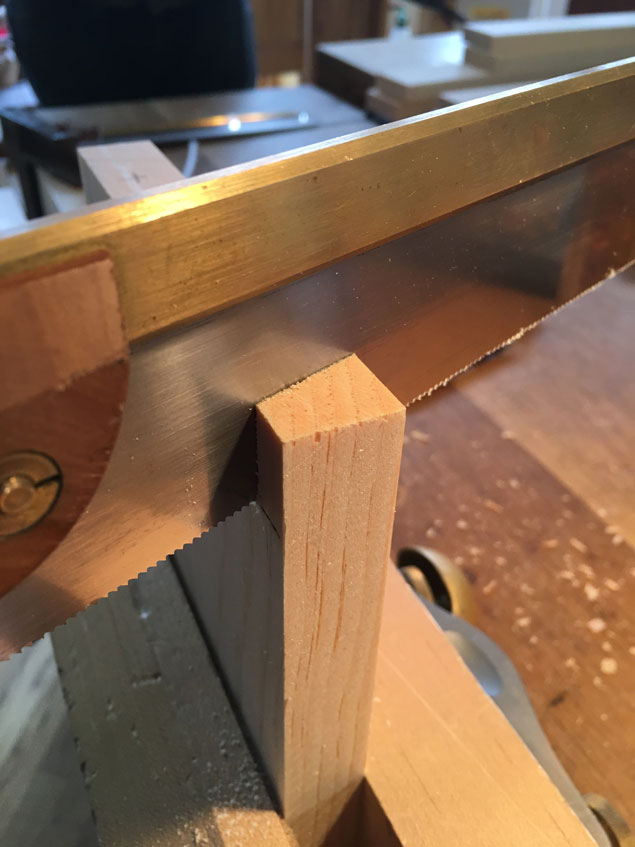 Finish the joint by sawing straight down.

If your sawing was wonky, you also have the knife and pencil lines that will guide you as you pare the joint to the correct shape.

This method adds a couple minutes to the sawing process on a pinboard, which can add up if time is critical and you have a lot of work to do. But it also increases your accuracy, which can save you time if you are having a sloppy day.

Give it a try before pooping on me in the comments section!

Popularwoodworking.com is a participant in the Amazon Services LLC Associates Program, an affiliate advertising program designed to provide a means for sites to earn advertising fees by advertising and linking to Amazon.com and affiliated websites.